Library field trips are a tough nut to crack.  I’ve led a few tours in the past, and I’ve watched other people lead them, and honestly…I haven’t liked what I’ve seen.  There is nothing dry and boring about the library, but when I try to boil everything down into a tour, “dry and boring” tends to happen.

Last week, I led a tour for a very small group of elementary-age students, and I was determined NO MORE BORING!  I wanted to teach the kids about the library and give them a fun experience at the same time.  So, this is the program that I came up with.  I pulled ideas from several other library bloggers and came up with a program that I plan to use again and again as these opportunities come around.

I started with introductions, telling the kids who I am and learning their names.  Then we talked a little bit about the basics of the library.  The kids all knew that you can read at the library, but they didn’t know about DVDs, audiobooks, and other unique items in the collection, so I pulled out some example items.  I also showed them my library card.  Then we talked about the librarian’s job, and I used that topic to segue into the first story.

If You Ever Want to Bring a Circus to the Library, Don’t! by Elise Parsley

This book is incredibly silly but also a great lesson on how NOT to act in the library.  It got some chuckles from the kids.

After the stories, we did a combination tour/scavenger hunt activity.  I can’t take credit for this idea.  Karissa from Ontarian Librarian created a fabulous Pokémon Scavenger Hunt, and I borrowed her idea and adapted it to my needs.  This ended up being the perfect activity for this group because I had all boys, and they loved that I included Pokémon.

Before the kids got there, I hid the Pokémon characters in key points throughout the library that I wanted to emphasize on the tour.  Then I gave each boy a copy of the Library Pokédex Without Locations from Karissa’s blog.  Instead of turning them loose in the library, which would have become mass chaos, we stayed together as a group.  I took the boys to each location one at a time and told them a few facts about that area, such as its name and purpose.  I didn’t highlight every part of the library, just the points that would be relevant to young children like the circulation desk, picture books, kids’ computers, and juvenile non-fiction.  After I summarized the purpose of each location, I told the boys which Pokémon character was hidden there.  I don’t know how much the kids retained of the organization of the library, but they loved finding the Pokémon characters.  The advantage of using the scavenger hunt in this form is it negated any competition between the kids.  They worked together as a team, rather than against each other.  In all, the activity was a big hit.

After the scavenger hunt, we moved back to the children’s area, and I gave the kids some goodie bags I had put together.  Our library does not allow kids to get cards without their parents, so I couldn’t give them cards during this visit (even though I really wanted to).  Instead, I put together an information packet/goodie bag that had a registration form, some info sheets, bookmarks, pencils, candy, and a few other goodies.  These were a big hit with the kids, and I’m really glad that I did them.  We had enough knick-knacks and leftover materials from summer reading around the library that I didn’t even have to buy anything new.  I think that, in the future, if I know how many kids are coming for a tour, I’m going to always try to put together some bags or packets for them ahead of time.

So, final verdict: was the field trip boring?  I don’t think so; the kids seemed to have a good time.  Was the tour perfect?  No, I still need to work out some kinks.  Did they learn everything that I wanted them to learn about the library?  Probably not.  Will they start using the library because of what they learned?  We’ll see.  Still, I felt that it was a successful day, and I loved having an organized plan going into this field trip. 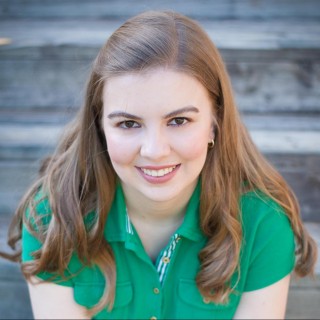 I am the unofficial children's services coordinator at my library, or in other words, I do storytime. I'm passionate about making the library enjoyable and valuable to every single child.